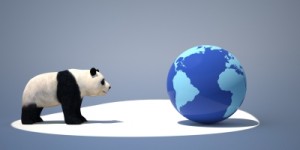 Algorithms manager Matt Cuts of Google Inc decodes some of the mysteries presented by Google. He says that whenever a Google analyst is working on deciphering a shift in quality of content presented by a random site, he systematically collates information sent by thousands of raters employed by Google. The sole job of these guys is to keep evaluating the content and then categorizing it as great, okay, bad and spam. There are thousands of varying criteria that go into making such categorizations. The aggregate data is always presented in the form of a flux which either moves up or down on basis of responses to content in question. Whenever a particular piece of content changes, its flux also changes and this can be either good or bad.

What do quality raters look for?

Of course every time a piece of content is created, the inevitable aim is to achieve great rankings. This doesn’t always happen. Goggle has pre-stored data banks of data pertaining to rating of millions of websites. Sometimes a few areas are left blank when the analytics expert is unable to determine the exact quality of the site. Google calculates the strength of repeat words, reproduced text (no, this isn’t the same as copied text) and irrelevant data and then consistently ranks these URL’s lower. As far as any major search engine is concerned, it’s the content quality that will determine is ranking.

How Google gets rid of spam

Top analysts say that spam makers are extra-ordinarily creative and they constantly figure out new ways to produce spam. This why there is a separate department called the web spam detection team. This team makes it a point to click on each piece of spam and see what made it achieve its ranking. Once that is determined the next piece of work is to figure out ways to break those rankings.

There is another committee called the quality launch committee whose main work is to analyze and judge information produced by search reports. Numerous meetings are held to figure out factors that influence search quality and ways of enhancing it.

However all these measures work against pieces of honest content at times as some people mark relevant passages as spam. Sometimes the reputation of the website, the country it is produced from and the page user history has a large role in determining the overall search engine rankings. When you have produced a good piece of content and still don’t see results then it’s better to pay attention to the URL of your website

The notion that everybody is on equal ground on the Internet is vastly incorrect. The analytics team categorizes countries, regions or even cites based on their spam generating reputation. The inner mechanisms of these categorizations are not fully known but geographical segmentation definitely plays a role in Google rankings.

The thing with major search engines is that they constantly keep on playing with pieces of content rankings and find out ways in which their qualitative metrics can become better. 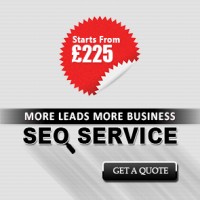